No Shutdown on Employment Eligibility Requirements

Plan for a New Year 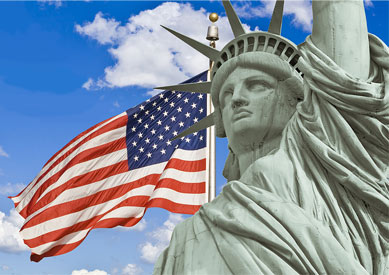 Despite the partial shutdown of the federal government, all employers are still required to complete a Form I-9 Employment Eligibility Verification for any new hire no later than the third business day after an employee begins work for pay.  Employers who are enrolled for E-Verify will not be penalized for any delays in creating E-Verify cases during the shutdown but must create cases for all employees hired during this period once E-Verify resumes operations.

The E-Verify program has been shut down since Dec. 22, 2018 when the federal government went into a partial shutdown. E-Verify compares information from an employee’s Form I-9 to Department of Homeland Security and Social Security Administration (SSA) records to confirm employment eligibility. Employers enrolled in the program are required to use the system to run checks on new workers within three days of hiring them.

During 2018 the number of workplace immigration raids aimed at finding and arresting undocumented immigrants increased more than 300% compared to the year before according to U.S. Immigration and Customs Enforcement (ICE) data.  ICE opened 6,848 worksite investigations and initiated 5,981 I-9 audits during fiscal year 2018.  Over 2,300 people were arrested at work – more than seven times the amount in the previous year and businesses were ordered to pay $10.2m in judicial fines, forfeitures and restitutions in 2018.

Colleen Long, Associated Press, reported that “ICE arrested a total of 32,977 people accused of crimes and 20,464 with immigration violations during the budget year 2018 … The most frequent criminal conviction was for drunken driving, followed by drug and traffic offenses.”

This means that one of your employees could be arrested for a non-work-related legal offense and, if found not to be in the United States legally, could potentially trigger a workplace audit and subject your company to fines for I-9 violations. Civil penalties for knowingly employing unauthorized immigrants can range from $539 to $21,563. Form I-9 paperwork violations carry a penalty of $216 to $2,156 per worker.

The bottom line for all employers – I-9 forms must be completed timely and correctly for all employees, even during the partial government shutdown. An HR professional can help you understand your legal responsibilities as well as explain how to complete the Form I-9 correctly.